Awarded a Juris Doctor from the University of Cincinnati, and a Masters of Law in Taxation from the University of Miami, Florida, Mr. Hanley worked as an Assistant U.S. Attorney for the Southern District of Ohio for almost two decades. In that position, he represented the United States and led hundreds of investigations and prosecutions conducted by all of the federal agencies assigned to the enforcement of federal criminal laws. He was also responsible for prosecuting all of the Criminal Tax cases brought to the federal courts in Cincinnati and Dayton and was the lead trial attorney in more than 50 jury trials. He also was responsible for conducting many federal appeals representing the United States. 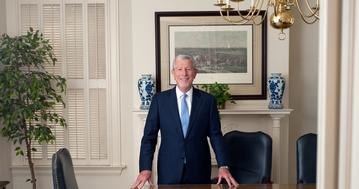 Related Experience
Mr. Hanley has taught Criminal Procedure I (The Police Function) at the University of Cincinnati School of Law for more than a decade.

Video Highlights of 1999 Case from CourtTV

Since 1995, Mr. Hanley has been in private practice in Ohio and Kentucky, concentrating primarily on defense of individuals and corporations suspected of and/or charged with white-collar or business crimes. He is a former Federal Prosecutor who is AV© Preeminent Peer review rated.

State of Ohio
Commonwealth of Kentucky